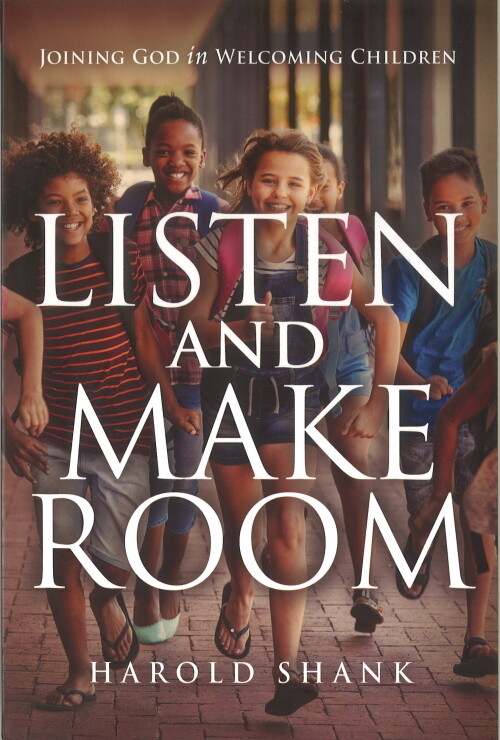 Listen for the cries of the vulnerable and welcome the children for whom Jesus made room.

When Jesus made room, the vulnerable came for prayer. He treated their ills. He fixed what was broken. Jesus gave sight to the blind, made the lame walk, and welcomed the little children, creating space for those who had been excluded. Then he listened to those who often had no voice. Today, those people are often children.

Finding places for those who are left out, especially children, is the work of discipleship. We rarely listen to those who have small voices in our world. Instead, we fill up all the space ourselves, leaving no room for those who have little ability to acquire a spot. But Listen and Make Room shows us that to follow Jesus’s example means to understand that the vulnerable are at the core of God’s mission.

About the Author
Harold Shank has spent over fifty years in ministry and leadership across the country. In his role as national spokesperson for Network 1:27, Harold speaks and writes to promote Christian child care, raising awareness among churches and Christians nationwide. He has served as president of Ohio Valley University in Vienna, West Virginia; as a professor at Harding School of Theology and at Oklahoma Christian University; and as a leader in church planting and ministries among the poor at the Highland Street Church of Christ in Memphis, TN. Harold and his wife, Sally, have two adult sons and four grandchildren.

Save this product for later
Display prices in: USD